Tamoxifen for Bodybuilding- How to Take it During Cycle? 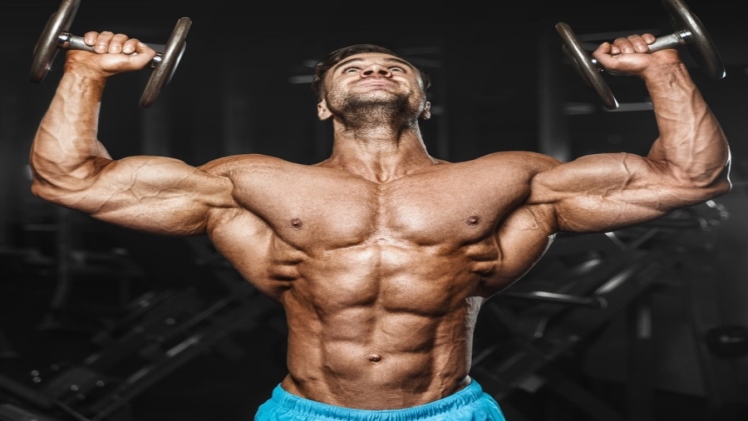 For regular steroid users, Tamoxifen citrate is not a new term. They mostly perform post-cycle therapy protocol after every steroid cycle, so it is not a new term for them. However, there are still many people who don’t have any idea about this drug. So here in this article, I will discuss complete details about the Tamoxifen drug.

Many novice steroid users wonder about the effects of Tamoxifen and why it is important to use it during PCT. This article will answer your question, and you will also learn other details about it.

The original use of Tamoxifen is to treat certain types of breast cancer in women. Professional bodybuilders and athletes who use steroids; they take this drug as an anti-estrogen drug to prevent themself from various estrogenic side effects. Let’s begin with its basic term.

Tamoxifen Citrate is a chemical substance that is available in oral form. The other generic name of this drug is Nolvadex. It is prescribed medication to treat breast cancer in women. You can buy Tamoxifen online or from pharmaceutical companies with prescription only.

It can eliminate the effects of estrogen in breast tissues, so it is mostly prescribed to treat breast cancer. When it comes to Tamoxifen for bodybuilding, this drug helps men to prevent themself from severe estrogenic side effects like gynecomastia (men’s breast enlargement). It is an effective drug to reduce the estrogenic activity of anabolic steroids.

It is actually an estrogen agonist, which means it acts as an estrogen and primarily affects the liver. So, steroid users are concerned about estrogenic effects that need to take this drug for numerous positive effects rather than negative ones. It benefits cholesterol when any estrogenic activity occurs in the liver, and steroid, which negatively affects cholesterol level.

Tamoxifen is an anti-estrogen drug that belongs to the Selective Estrogen Receptors Modulator (SERM). It works by binding to estrogen itself, which doesn’t allow estrogen to act as it would. Taking anabolic steroid products like Testosterone, Deca Durabolin, Dianabol, Trenbolone, and Winstrol will suppress the body’s natural testosterone production.

All aromatase steroids will convert testosterone into estrogen hormones which increase the estrogen level in the body, and it can affect your health. Higher estrogen levels may cause excess water retention, high blood pressure, decreased testosterone level, and many other negative health problems.

Therefore, Tamoxifen is an effective drug to eliminate all these negative health issues and restore hormone production back to normal as it was before. That’s why PCT is a must after every steroid cycle.

Tamoxifen or Nolvadex for PCT has different effects on the body. For example,

The primary use of this drug is to restore testosterone hormone, which is done by preventing estrogen hormone action. It can release more luteinizing hormone (LH) and follicle-stimulating hormone (FSH), which increase testosterone production in the body.

It is a common question for novice steroid users when they run any steroid cycle. The standard dose of Nolvadex is between 20 mg to 40 mg daily. Generally, people use 20 mg to 25 mg daily to restore hormone production. It should be taken for three to four weeks; this drug is enough to bring your normal function back to normal as it was before.

However, Tamoxifen doses vary according to the steroid which you have used in the cycle. Users always need to take doses at the same time of each day; you don’t have to split the doses or separate them. Tamoxifen is a popular PCT drug that is easy to order online. You can order high-quality Tamoxifen at Upsteroid.

Both of these drugs are SERM and are usually compared to each other. However both these drugs are anti-estrogen, but they have different effects on the body. They always cause the same results of increasing LH and FSH hormone production in the body. That’s why professional bodybuilders or steroid users often use these drugs together to run effective PCT.

The recommended dose for Nolvadex PCT is 20 mg to 25 mg daily, whereas for Clomid PCT is 50 mg daily. Both these drugs can be used for three to four weeks. Ultimately, it is hard to determine a better compound when it comes to effective PCT. The right drug choice depends on various factors such as personal response to them, which compound you have used in the steroid cycle, how well you can tolerate them, what you have taken and how long you have used.

If we talk about negative health issues, both these drugs are generally well-tolerated but often come with various side effects if you use them randomly. So, the better choice is to combine both of these drugs together and perform PCT. It will offer the best results and restore the hormone balance in the body.

Tamoxifen is a popular anti-estrogen drug that is used among bodybuilders. It is also an effective medication for treating breast cancer in women. It works really well for steroid users because it has the ability to reduce estrogenic side effects of anabolic steroids and prevent muscle gain after the steroid cycle.

It causes both positive and negative effects on the body. However, it depends on how you intake this drug and your individual tolerance level. It works by binding to estrogen receptors and is specially used after the aromatase steroid cycle because Tamoxifen can mitigate estrogen activity and boost testosterone levels. It is advisable to use them properly because overdose and long-term use may cause negative health issues.

You can ask any question to our coaching experts (https://upsteroid.com/treatment-advice/) anytime regarding the Tamoxifen cycle.

What are the Common Personal Health Care Services Offered in Philadelphia?

Four Mistakes a Work Injury Attorney in Ashburn, VA Can Help You Avoid